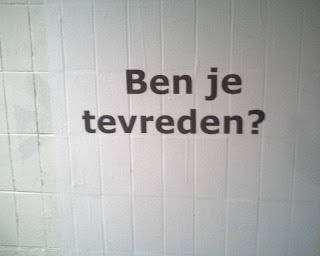 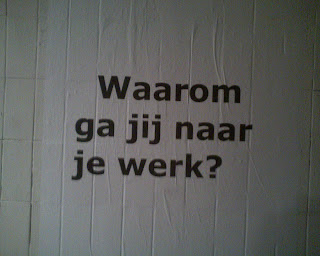 p10: "... a mathematical truism.
If you ask a large enough group of diverse, independent [more or less informed (GrH)] people to make a prediction or estimate a probability, and then average those estimates, the errors each of them makes in coming up with an answer will cancel themselves out. [nadruk GrH]
Each person's guess [..] has two components: information and error. Subtract the error, and you're left with the information",
mits de 'error' normaal verdeeld is. De geaccumuleerde informatie neemt echter toe:
p11: "With most things, the average is mediocrity. With decision making it's often excellence."

p27: "... the groups job was to decide among already defined choices or to solve a well defined problem. In those cases different members of the group could bring different pieces of information, to bear on a problem but the set of solutions was already, in a sense, determined.

p74: "you can let a thousand flowers bloom and then pick the one that smells the sweetest."

176: "And the collective wisdom that something like [a market] produces is, at least when it's working well, the result of many different independent judgments, rather than something that the group as a whole has consciously come up with.
[..]
In a small group, by contrast, the group -even if it is an ad hoc group formed for the sake of a single project or experiment- has an identity of its own. And the influence of the people in the group on each other's judgment is inescapable."

178: "Social scientists who study juries often differentiate between two approaches juries take.
Evidence-based juries usually don't even take a vote until after they've spent some time talking over the case, sifting through the evidence, and explicitly contemplating altemative explanations.
Verdict-based juries, by contrast, see their mission as reaching a decision as quickly and decisively as possible. They take a vote before any discussion, and the debate after that tends to concentrate on getting those who don't agree to agree."

180: "One of the real dangers that small groups face is emphasizing consensus over dissent. The extreme version of this, as we've already seen, is the kind of groupthink that Irving Janis described [..], where the members of the group become so identified with the group that the possibility of dissent seems practically unthinkable."

183: "[It is] shown [that] the presence of a minority viewpoint, all by itself, makes a groups decisions more nuanced and its decision-making process more rigorous. This is true even when the minority viewpoint turns out to be ill conceived. The confrontation with a dissenting view, logically enough, forces the majority to interrogate its its own positions more seriously."

184: "Without the devils advocate, though, it's likely that the group's meetings actually made its judgment about the possible problem worse.
That's because of a phenomenon called "group polarization" [,] a phenomenon that is not well understood [. But] sociologists have documented how, under certain circumstances, deliberation does not moderate but rather radicalizes people's point of 'view .
More recently [it is shown] that [..] discussions tend to move both the group as a whole and the individuals within it toward more extreme positions than the ones they entered the discussion with.
Why does polarization occur? One reason is because of people's reliance on "social comparison." This means more than that people are constantly comparing themselves to everyone else (which, of course, they are)."

---
195: "If coordination is possible through the market, what's the point of having large firms that orchestrate the movements of people and products all over the world? Why do corporations even exist? The fundamental paradox of any corporation is that even though it competes in the marketplace, it uses nonmarket instruments, plans, commands, controls to accomplish its goals."

196: "The problem with the "outsource everything" model [..] was that setting up and monitoring all those different deals and contracts takes a lot of time and effort. These are all [..] called "transaction costs"[..]."

197: "[But] keeping things in-house creates its own problems. Sometimes the advantages of outsourcing the work outweigh the ease of doing it yourself."

205: "The only reason to organize thousands of people to work in a company is that together they can be more productive and more intelligent than they would be apart.
But in order to do that, individuals need to work as hard to get and act upon good information as they would if they were a small businessman competing in the marketplace.
In too many corporations, though, the incentive system was (and is) skewed against dissent and independent analysis."

The great enemy of the truth is very often not the lie -- deliberate, contrived and dishonest, but the myth, persistent, persuasive, and unrealistic. Belief in myths allows the comfort of opinion without the discomfort of thought.
John F. Kennedy
35th president of US 1961-1963 (1917 - 1963)

"All things being equal, the simplest solution tends to be the best one." 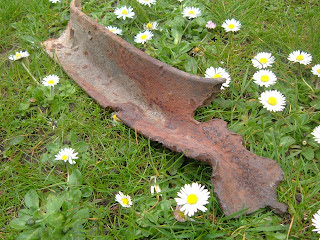